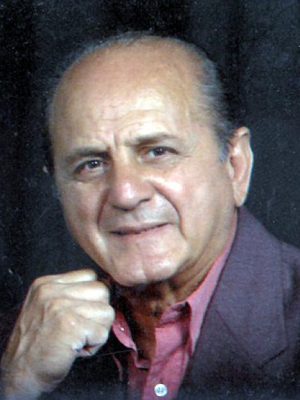 In keeping with his wishes, Mr. DeMundo will be cremated.  A memorial service will be held at a later date.

He was born in Clarksburg on October 20, 1933, a son of the late Robert S. and Katherine Gemma DeMundo.

He is survived by one daughter, Penny Skinner of Clarksburg; one grandson, David Skinner; one sister, Stella Gray of Marietta, GA; and several nieces and nephews.

Mr. DeMundo was a United States Navy Veteran and was previously employed by Pittsburgh Plate Glass and in the custodial department for the Harrison County Board of Education.

He was a member of the Meuse Argonne Post No. 573 VFW, Clarksburg Aerie No. 2353 Fraternal Order of Eagles and Clarksburg Lodge No. 482 B.P.O. Elks. Mr. DeMundo was also a volunteer at the Louis A. Johnson VA Medical Center and represented the veterans in the Golden Age Olympics where he received several gold medals. He was Catholic by faith and was generous to many various charities. Edward was loved by everybody who knew him.

In keeping with his wishes, Mr. DeMundo was cremated.

A funeral mass will be celebrated on Friday, July 15, 2022 at 11:00 am at the Immaculate Conception Catholic Church with Father Casey Mahone as Celebrant. Inurnment will be at 1:00 pm in the WV National Cemetery where full military graveside rites will be accorded.