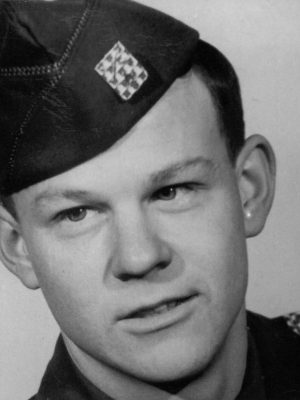 A graveside service will be held on Monday, May 16, 2022, at 2:00 p.m. at the Floral Hills Memorial Gardens where full military honors will be accorded.

He is also survived by his children, Richard Booth, David Booth, Terry Booth, Thresia Brunetti, and Donna Booth and her partner Paul Portillo; grandchildren, James “Jimmy” Booth, Natalie Hall and her husband Stevie, Joseph “Joey” Brunetti, Tina Mumford and her husband Joel, Alisha Pinti, and Vincent Pinti; great-grandchildren, Stevie, James, and Anthony Hall, Grace, Lilly, and Eloise Mumford; sisters, Helen Williams and Shirley Strother and her husband John; Tommy Michel, who was like a son to him; as well as several nieces and nephews.

In addition to his parents, he was preceded in death by his brothers, William Booth and his wife Evelyn, and Dewey Booth; sister, Mildred Booth; daughter-in-law, Anita “Kay” Booth; son-in-law, Joseph Brunetti; and brother-in-law, Don Willilams.

Harold was a graduate of Roosevelt-Wilson High School. He was a United States Army Veteran having served during World War II. He was an electrician by trade having worked for Michel Incorporation. He was a member of the Meuse Argonne Post No. 573 VFW and the Masonic Lodge No.6 in Clarksburg. He was an avid reader and enjoyed watching westerns in his spare time. He loved to spend time with his family, especially his grandchildren and would often take his children on camping trips in their youth. He liked to travel to Ohio to visit his sister.

A graveside service will be held on Monday, May 16, 2022, at 2:00 p.m. at the Floral Hills Memorial Gardens where full military honors will be accorded.

Expressions of sympathy may be extended to the family at www.amoscarvelli.com A service of Amos Carvelli Funeral Home