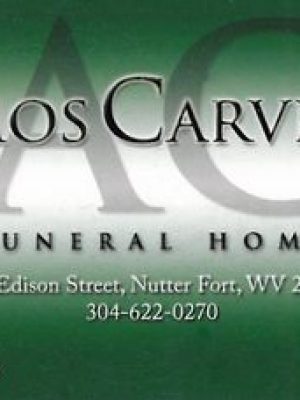 Honoring Mrs. Stump’s wishes, she will be cremated. A celebration of life service will be announced at a later date.

Iris was born in Sissonville, WV, on October 12, 1934, a daughter of the late Edward and Orpha Gibson Ranson.

Twice married, she was preceded in death by her first husband Daniel Gunnoe and her second husband Bobby Ray Stump on December 3, 2001.

In addition to her parents and husbands, she was preceded in death by her stepson, Doug Stump; an infant brother; and two step grandchildren.

Iris was a graduate of Sissonville High School and went on to become a Licensed Practical Nurse. She formerly worked at Charleston Area Medical Center.

Mrs. Stump attended Bible Baptist Temple and previously attended the Mountain Mission in Charleston, WV, for many years. She was a loving mother who was very involved with volunteering at her daughters’ school.

Honoring Mrs. Stump’s wishes, she will be cremated. A celebration of life service will be announced at a later date.