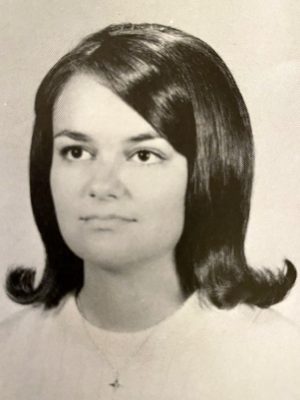 In keeping with her wishes, Joyce will be cremated. A Memorial Service will be held at a later date.

Joyce Elaine Marshall, 69, of West Milford was Blessed to move to Heaven to be with her son, Benjamin and his wife Erin, whom she dearly loved and missed, on January 20, 2022 at home after years of various illnesses.

She was born in St. Mary’s Hospital, Clarksburg, WV on July 17, 1952, the daughter of Cora Annamae Williams and the late Herbert McCartney.

On December 5, 1969, she married Jack Marshall, who survives, and they just celebrated 52 years of marriage.

She is survived by two sons, Scott (Kristy) Marshall of Bridgeport and Jeffrey (Heather) Marshall of West Milford; and her grandchildren, Olivia, Austin, Alexis, Riley, Amelia and Levi Marshall.

She was also preceded in death by her youngest son, Benjamin and his wife Erin; her sister, Marsha San Julian; her father; and several aunts, uncles and cousins.

Joyce attended Victory High School and graduated from South Harrison High School in 1970. She worked several places after graduation until their children came along, and then she devoted herself exclusively to being the loving mother and eventually grandmommy she is.

She loved spending time traveling with Jack to various areas of the U.S. that his job required, especially visiting their friends and learning the Cajun culture in Lafayette, LA as well as Houston, Galveston and Keyma, TX.

Joyce loved family gatherings and vacation in the Ohio Amish Country, Canaan Valley and each spring at Myrtle Beach, and spending time spoiling all the family members, especially the grandchildren.

She will be missed by all who knew and loved her, especially her family and friends.

In keeping with her wishes, Joyce will be cremated. A Memorial Service will be held at a later date.