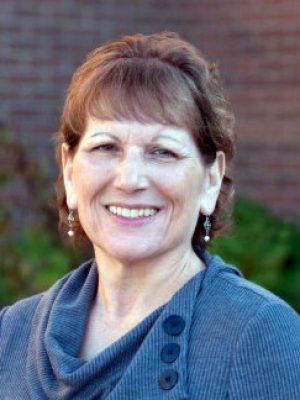 Family and friends may call at the Amos Carvelli Funeral Home, 201 Edison Street, Nutter Fort on Friday from 4:00 – 8:00 pm, where a prayer service will be held at 7:30 pm to conclude the visitation. A Mass of Christian Burial will be Celebrated on Saturday, June 19, 2021 at 10:00 am at Our Lady of Perpetual Help Catholic Church in Stonewood with Reverend Father Kumar Reddimasu as Celebrant.  Interment will be in the Floral Hills Memorial Gardens.

Paula Simmons Taylor, age 64, of Fairmont, WV passed away on Wednesday, June 16, 2021 surrounded by her family following a three month battle with cancer.

She was born in Lansing, MI on November 23, 1956, a daughter of the late Gordon and Pauline Scott Simmons.

She is survived by her loving husband of 41 years, William G. Taylor, whom she married on January 12, 1980.

She was preceded in death by her father-in-law and mother-in-law, Ann and Bill Taylor; one nephew, Artie Kerns; as well as her grandparents, 10 aunts and uncles and many cousins and relatives.

Paula was a 1975 graduate of Notre Dame High School and attended WV Wesleyan College where she received a Bachelor of Science degree in 1979. In 2005 she received her master’s degree in Social Work from WVU.

While in High School, Paula was on the Forensic and Debate Team where she won many awards.  She continued to assist with the National Catholic Forensics League Annual Championship as chaperone, judge and tabulation worker.

Paula enjoyed giving and volunteering her time, especially when it involved family and friends.  She spent many years and hours volunteering with the Nutter Fort Swim Team as the Finals Judge and in other areas when needed.

She was very well known for her tireless commitment to her jobs and her devotion to protecting children.

She began her career with the WVDHHR as a CPS field worker in 1982, eventually advancing to Child Protective Supervisor.  She retired in July 2016 as Community Services Manager. Paula was a social worker not only by profession, but also by lifestyle.  She had dedicated her life to service.

Paula also had other jobs she enjoyed which included Adjunct Instructor at WVU, a Leader and Receptionist at Weight Watchers, Independent Longaberger Home Consultant and working at Heart and Hand.

Paula was a licensed Graduate Social Worker with the WV Board of Social Work.  She was Social Worker of the year for 2011 and winner of the Catholic Charities Salt and Light Award in 2012, dedicating every day of her life to serving others in her job as social worker, as well as within the Catholic Community.

Paula was a Catholic by faith and a life-long member of Our Lady of Perpetual Help Catholic church in Stonewood. Her devotion and services to the church began in second grade when she was crowned May Queen.  She served as a CCD teacher, member of Junior Catholic Daughters, CCD Coordinator, member of the Finance Council, and Chair of the Education Committee and the Evangelization Committee. She had also previously served on the Pastoral Council, as a Lector, as Director of Altar Ministries and as Minister of Holy Communion.

Paula’s generous spirit had no limitations when it came to her love for God, and she never asked of anyone what she was not willing to do herself. She started early planting the seeds of faith in many young minds, first as CCD teacher and then as the Parish Director of Religious Education.  Always leading by example while on the Youth Ministry Team, she helped lead a group of teens in raising awareness for the homeless in our area.  Ever gracious with her time, Parish leadership was a large part of her life.

One of Paula’s favorite pastimes was playing cards, mainly pinochle, with her mom, cousins, aunts and uncles.  She also loved spending time with her nieces and nephews. Family was important to Paula, and she always participated in organizing the family reunion.

Paula had a very special gift of showing people she loved them and sharing her love for God with them.

The family would like to thank the nurses, social workers, and CNAs from WVU Hospice for the care they provided to Paula.

Also thank you to everyone who called, sent cards, flowers and prayers.  Every little thing was appreciated and comforting.

Family and friends may call at the Amos Carvelli Funeral Home, 201 Edison Street, Nutter Fort on Friday from 4:00 – 8:00 pm, where a prayer service will be held at 7:30 pm to conclude the visitation.

A Mass of Christian Burial will be Celebrated on Saturday, June 19, 2021 at 10:00 am at Our Lady of Perpetual Help Catholic Church in Stonewood with Reverend Father Kumar Reddimasu as Celebrant.  Interment will be in the Floral Hills Memorial Gardens.