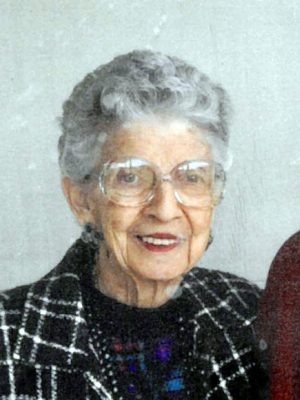 Per her request, Bettie will be cremated.

Bettie was married on July 24, 1966, to Dale Thurman Dodd, who resides at their home in Fairmont.

In addition to her parents, she was preceded in death by her sister, Maxine Cassell.

Bettie was a lifetime member of the St. Paul’s United Methodist Church in Keokuk Iowa and a homemaker. She was a member of the Eastern Star in Missouri, and the North East Missouri Garden Club where she was the director for 4 years. Bettie was an avid crafter and loved crocheting. She was an excellent cook and was best known for her apple cakes.

She will be sadly missed by her family and friends.

Per her request, Bettie will be cremated.