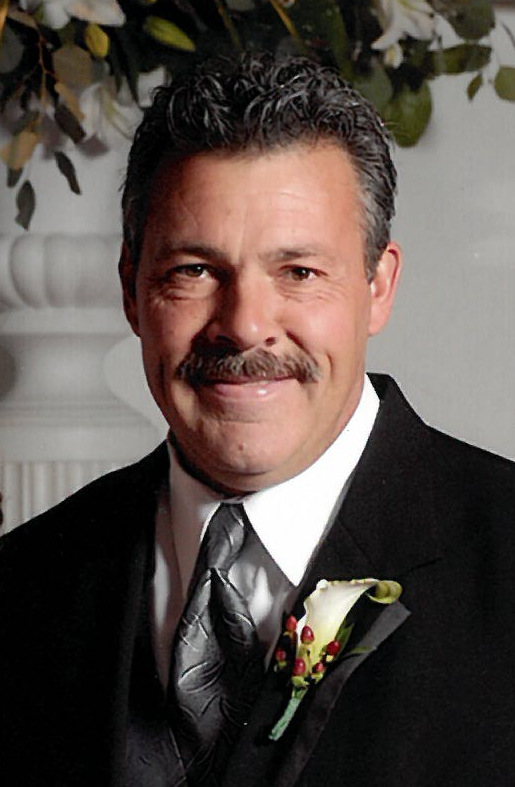 Family and friends may call at the Amos Carvelli Funeral Home, 201 Edison Street, Nutter Fort on Tuesday from 12:00 to 8:00 pm, where funeral services will be held on Wednesday, May 29, 2019 at 11:00 am with Reverend James Morley officiating. Interment will be in the Floral Hills Memorial Gardens.

James Edwin Langford, 66, of Mt. Clare, passed away peacefully on Tuesday, May 21, 2019 in the Ruby Memorial Hospital following an extended illness surrounded by his family and friends.

He was born in Clarksburg on January 17, 1953, a son of the late Leland Russell and Mary Jo Short Langford.

He is survived by his companion of 10 years, Tina Dye; his children, Julie Garvin of Clarksburg and Matthew Langford of Mt. Clare and their mother, Crystal Langford of Clarksburg; four grandchildren Cameron Langford, Jasa Garvin, Juliet Garvin and Jameson Langford; one great grandchild, Paisley Langford; four sisters, Connie Rohrbough of Nutter Fort, Lisa Henderson and her husband John of Stonewood, Janet Sprout and her husband Richard of Bridgeport, and Beth Mazzei and her husband Sam of Nutter Fort; and several aunts, uncles, cousins, nieces, nephews and extended family members.
He was also preceded in death by one grandson, Brantley Langford; and one sister, Judy Kallel.

Jim was a 1970 graduate of Roosevelt Wilson High School and attended Glenville State College. While growing up, Jim enjoyed working every summer on the Langford Farm in Pullman, WV for his uncle Hale Langford with his cousin & “brother” Jack Langford.

Jim started working for Larosa Fuel Company at 17 years old picking coal and continued working with Larosa Fuel for 15 years. In 1985, he opened UPCO Coal Company which operated strip mines in Upshur, Barbour & Randolph counties and employed 60 employees. Jim expanded by opening two additional companies, one being Langford Construction, which he operated until his retirement in 2015. Jim was well known for concrete work and worked with his long-time friend, Tom Ice.  After Jim’s retirement, he continued to work occasionally as a general contractor for CGP Corporation for his good friend, Craig Phillips until his illness.

Jim was an avid hunter all his life, having traveled to Canada, Maine and Colorado for fishing, bear and coon hunting with hounds, and elk and mule deer hunting. Throughout his years hunting, he enjoyed hunting with close friends, including Doug Sparks and Craig Phillips. Jim treasured the times he spent hunting with his son and grandsons, teaching them the love of the sport. He further loved traveling to the mountains at Gatlinburg, TN, where he was able to share his love for wildlife with his granddaughters in the recent past. His trips to Colorado for elk and deer hunting were special times he always looked forward to each year. He spent years hunting in Ritchie county on the Langford Farm. Every November for over 30 years, Jim hosted his friends, Chuck and Chip Lugar, and Terry Klara, on a hunting trip to the Langford Farm. Jim and his family also traveled extensively throughout the Carribean. His favorite place was Aruba, which he traveled to approximately 15 times. Many trips abroad with Mitzi Layne dance troupe brought good times and happy memories of all the people he met and loved.

Family and friends may call at the Amos Carvelli Funeral Home, 201 Edison Street, Nutter Fort on Tuesday from 12:00 to 8:00 pm, where funeral services will be held on Wednesday, May 29, 2019 at 11:00 am with Reverend James Morley officiating. Interment will be in the Floral Hills Memorial Gardens.