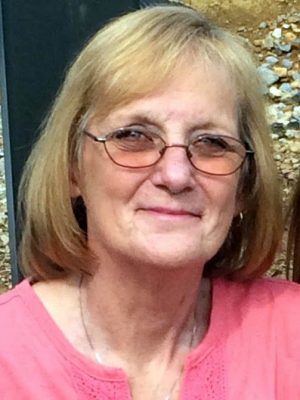 In keeping with Kay’s wishes, she will be cremated, and no services will be held.

She was born in Clarksburg on April 27, 1953, a daughter of the late Jack and Shirley Fowble Mikes.

In addition to her parents, she was also preceded in death by her husband of 42 years, Ronnie Golden.

Surviving are three children, Melissa Evans and her husband Matt of Good Hope, Chris Fox of Anmoore and Katy Gibson and her husband Mike of Bridgeport; five grandchildren, Kaylee and Braden Tustin, Casey and Gage Fox, and Eli Bailey; one sister, Denise Wildman of Good Hope; and several nieces and nephews.

Kay was a 1971 graduate of Bridgeport High School. She and her husband Ronnie were the owners of REG Corp, REG Rentals and former owners of the Gateway Lounge.

The family would like to thank the staff of United Hospital Center, especially the 7-North nursing staff for the loving care they provided.

In keeping with Kay’s wishes, she will be cremated, and no services will be held.