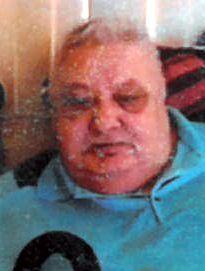 A private graveside service will be held at Stonewall Park Cemetery.

James William “Bill” Marra, 75, of Nutter Fort passed away on Tuesday, April 28, 2020 at his residence surrounded by his wife and children.

He was born in Shinnston on May 20, 1944, a son of the late John and Janice Josephine Seamon Marra.

He is survived by his wife, Marielena Rodriguez Marra, whom he married on June 25, 1966.

Also surviving are two daughters, Anna Marie Marra of Nutter Fort and her partner, Robert Hoover, and Catherine Rose Marra Pecarro and her husband Joseph of Bridgeport; 1 granddaughter, Elana Catherine Marra, whom he adored; one brother, John Marra, Jr. of Shinnston; one sister, Rosemary “Rose” Fluharty of Shinnston; and several nieces and nephews.

A private graveside service will be held at Stonewall Park Cemetery.