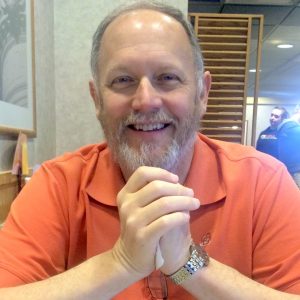 There will be a gathering of family and friends on Friday, February 12, 2021 from 4:00 pm to 6:00 pm at Amos Carvelli Funeral Home, 201 Edison Street, Nutter Fort. A private Funeral Mass will be held by the family.

John Matthew Britcher, Sr., 63, of Bridgeport passed away on Monday, February 8, 2021 in the United Hospital Center following an extended battle with diabetes.

He was born in Mechanicsburg, PA on December 27, 1957, a son of the late John Clifton Britcher, Sr. and Frances Marie Brickner Britcher.

He was also preceded in death by two siblings, Elizabeth Britcher and John Michael Britcher; and his father-in-law, Ed Olesh.

John was a United States Navy Veteran and a retired Senior Quality Service Specialist with the Department of Defense.

While in the Navy, John was a Submarine Auxiliary Man and a 1st Class Petty Officer. He was proud of his time in the military and served aboard the USS Lewis and Clark, USS Daniel Boone and USS Andrew Jackson. He was a Submariner for 10 years having spent much of that time under the water.

John was a known breakfast regular at Eat-N-Park. He enjoyed traveling with his wife and nothing was more important to him than his family. He was a Boy Scout Troop Leader and coached his children’s sports teams. John was also a member of the Oral Lake Fishing Club where he served on the Board of Directors and was a member of All Saints Catholic Church.

The highlight of John’s last year of life was purchasing a retirement home in Pawley’s Island, SC and spending time there.

In keeping with his wishes, Mr. Britcher will be cremated.

A private Funeral Mass will be held by the family.

In lieu of flowers, the family requests that memorial contributions be made to Homes for Our Troops, 6 Main Street, Taunton, MA 02780 or at www.hfotusa.org.