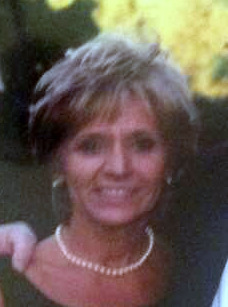 Family and friends may call at the Amos Carvelli Funeral Home, on Monday from 2:00 to 8:00 pm.  Mrs. King will be taken to the First Presbyterian Church, 175 W. Main Street, Clarksburg, to lie in state for one hour prior to the service, which will be held on Tuesday, August 28, 2018 at 11:00 with Reverend John Koerner officiating.  Interment will be in the Floral Hills Memorial Gardens.

Joyce Bastin Fowler King passed away peacefully on August 23, 2018, at Meadowview Manor in Bridgeport.  She was born on October 6, 1947 at St. Mary’s Hospital in Clarksburg, the daughter of Paul A. Bastin and Kathleen Worcester Bastin. She was preceded in death by her parents and by her brother Paul A. “Sonny” Bastin, Jr. and her sister Karen Sue Sprouse.  She is survived by her husband Evans “Buddy” King of Clarksburg, her sons Chad M. Fowler (wife Erin) of Morgantown and Adam M. Fowler of Bridgeport, and her stepdaughters Elizabeth King Schoonover (husband Ryan) of Columbus, Ohio, and Laura King Kozlowski (husband Joe) of Chicago. She is also survived by grandchildren Ava, Maggie, Molly, and Henry, with two more “on the way”, and “special friend” Jacquie Schirripa.

Joyce was a member of First Presbyterian Church of Clarksburg, active as a deacon and member of the choir, also “reluctantly” (Joyce hated the spotlight) singing in the Jubilate Singers. Prior to this part of her life, Joyce had been a very active member of Simpson Creek Baptist Church in Bridgeport and was raised in the EUB Church in North View.  From her early years through her last memory, she was a devoted and resolute Christian.

Joyce graduated from Victory High School, also the alma mater of her mother and father and brother and sister, in the Class of 1965.   She was a proud Eagle, cheerleader, honor student and leader in many activities and clubs and was voted “Best All-Around’ in her senior class. An apt description. She attended Fairmont State College and then worked at PPG Industries, Stout Company, Steptoe & Johnson and JP Morgan Chase Bank over a 25 year working life.

A good and loyal employee at these prominent Clarksburg businesses, Joyce’s proudest accomplishment though was mothering Chad and Adam. She was a loving and involved (and humorous) mother, supporting their numerous activities and adventures.  Her boys’ many friends also loved having her as part of their lives, enjoying her funny and nurturing nature, a second mother. The stories are legendary.

Joyce was an accomplished athlete. She loved yoga and aerobics and, particularly, running. She regularly ran in the Clarksburg 10-K, usually winning her age group and often the age group or 2 beneath her (she liked to joke that “there aren’t that many running in my age group”).  The Cooper River Bridge Run in Charleston, South Carolina became an annual event, and, remarkably she completed the Bridge Run in 2013, with the help of friends, while in the throes of her long battle with Early Onset Alzheimer’s and Lewy Bodies dementia. She also enjoyed many special runs with her husband and friends and family during her life – in Golden Gate Park in San Francisco, down Rodeo Drive and past the beautiful homes of Beverly Hills, through Central Park in New York, up the bluffs of Carmel Highlands, up and down the hills of Charlottesville, across the Charles in Boston, along the river in Pittsburgh.

Joyce was an avid sports fan, and reputedly the only mother in Bridgeport history of both a state championship football player (Chad) and a state championship basketball player (Adam).  She loved the Mountaineers, the Steelers, and her many football games at the University of Virginia and Red Sox games at Fenway. She particularly relished watching and attending Pirates games and the kindnesses and friendship shown to her by the owners of the team.

Joyce was a true “North View girl”- blue collar, hardworking, sincere, proud and humble. Her many friends liked to say she was “beautiful on the outside and the inside”.  She had a gentle nature and charming naiveté with a steely determination underneath. Her smile was one never to be forgotten.

The family would like to thank the staff and many loving employees of Meadowview Manor who gave such great care and attention to Joyce these past 3-1/2 years. Their service and love was exemplary.  Special thanks also to Pam Johnson who became Joyce’s “personal trainer” and kept her going far longer than her disease wanted her to.

In lieu of flowers, the family requests that donations be made to Medbrook Children’s Charity, P. O. Box 1021, Bridgeport, WV  26330.

Family and friends may call at the Amos Carvelli Funeral Home, on Monday from 2:00 to 8:00 pm.  Mrs. King will be taken to the First Presbyterian Church, 175 W. Main Street, Clarksburg, to lie in state for one hour prior to the service, which will be held on Tuesday, August 28, 2018 at 11:00 with Reverend John Koerner officiating.  Interment will be in the Floral Hills Memorial Gardens.