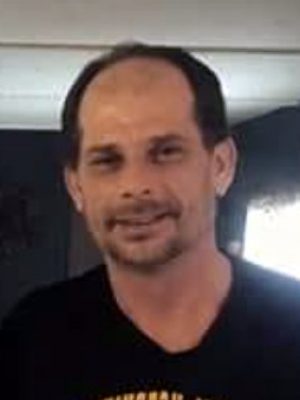 In keeping with his wishes, Mr. Ward will be cremated following the service.

He was born in Parkersburg on November 30, 1969, a son of the late Noah Clark Ward, Sr. and Judy Kay Loy Ward.

He is survived by his wife, Sheila Renee Meadows Ward, whom he married on January 12, 2002.

He was also preceded in death by his maternal and paternal grandparents.

Mr. Ward attended Frontier High School in Matamoras, OH and was a self-employed owner of Ward’s Construction, LLC. Clark was a hard worker who loved camping, going to the river in the evening and NASCAR. He was kind-hearted, enjoyed helping people, and had unconditional love for all. Clark loved his dogs.

Family and friends may call at the Bible Baptist Temple, 1450 Cost Avenue, Stonewood on Saturday, August 1, 2020 from 12:00 to 2:00 pm, where funeral services will be held at 2:00 pm with Pastor Dan Vaughn officiating.

In keeping with his wishes, Mr. Ward will be cremated following the service.