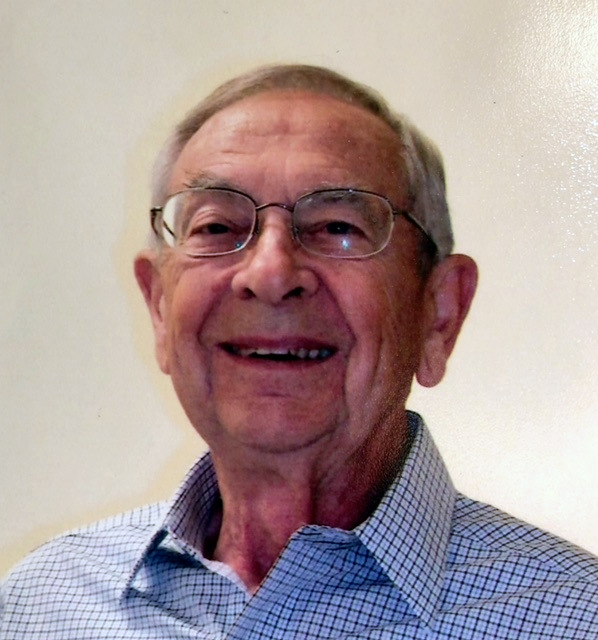 Interment will follow in the Bridgeport Cemetery where full military graveside rites will be accorded.

Charles graduated from Washington Irving High School in 1942 and then joined the U.S. Army serving in Europe during World War II with the 286th Engineering Company as a reconnaissance officer.  He attained the rank of Technical Sergeant.

On May 8, 1946, Charles was united in marriage with Regina A. James with whom he enjoyed nearly fifty-five years of marriage before her passing in 2001.  They were the parents of three daughters who survive.  Nancy D. Kittredge and husband Claude of Bluffton, SC; Cathryn S. Walker and husband Garland, and Susan J. Moore and husband Frank, all of Clarksburg, WV.  Charles was Grandpa to Jennifer Johnson and husband Eric, Michael Walker and wife Kelly, and Andrew Walker and wife Kaitlin.  He had four great grandchildren, Emma and Elise Johnson, and Henry and Charles Walker.

He was preceded in death by his sister-in-law Lorraine Bond and her husband Lawrence.

Charles began work with W. Va. Tractor and Equipment Co. and with R. D. Wilson before beginning a long career in the insurance business.  He represented the Metropolitan Life Insurance Co., and then P.M.Long & Son, Inc. before establishing his own independent insurance agency, Charles R. Long Insurance Service.  Over the years he expanded the business by personally adding clients as well as acquiring other insurance agencies, including Lewis & Lynch, Inc.  In 1992 he purchased Roach-Hampton, Inc. and John E. Smallwood Insurance, consolidating all to form Long-Walker Insurance, Inc. from which he retired.  In addition, for many years he represented the Merchants and Businessmens Insurance Company of Harrisburg, Pa. throughout West Virginia.

Charles was a faithful and devoted follower of Jesus Christ. He worshipped at the Clarksburg Baptist Church where he held many offices over the years, including Deacon Emeritus and Chairman of the Trustees and Executive Board.  He also worked for many years with the Nannie E. Monroe Memorial Fund culminating with the construction of the Monroe Building at the church.  Charles helped the Baptist Church in Zulueta, Cuba acquire property and a building for their worship. He also supported a student through Friends of Fort Liberte, Haiti.  Charles was a life-long church choir member from childhood until his passing.

For thirty-six years, Charles was dedicated to the work of Kappa Sigma Pi of W. Va. as a board member and past president.  He was proud of its service as an independent childrens’ home and its eventual association with Pressley Ridge Schools.

Charles was a member of the Hermon Lodge #6 AF & AM, and a 32nd Degree Scottish Rite Mason with membership in the Clarksburg Body. He was a member of the American Legion, and was an alumnus of The University of Hard Knocks, Philippi, WV.  He especially enjoyed many friendships at the Sunny Croft Country Club.  He and his wife were active for many years with the PTA and many summer days found him volunteering and serving as a swim meet timer at the Chestnut Hills Pool.

Memorial contributions may be made in his memory to Clarksburg Baptist Church, P.O. Box 327, Clarksburg, WV 26301.

Interment will follow in the Bridgeport Cemetery where full military graveside rites will be accorded.