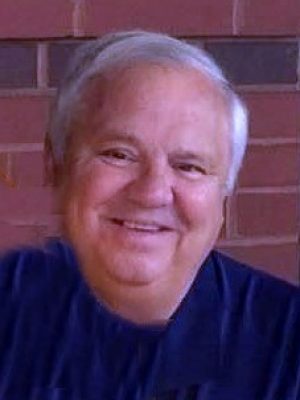 In keeping with his wishes, Mr. Kane will be cremated. In lieu of flowers, the family requests memorial contributions to the Animal Shelter of your choice.

DANIEL KANE OF SHINNSTON FORMERLY FROM CHESTNUT HILLS IN CLARKSBURG

12 days after being diagnosed with a brain tumor Dan passed away oct. 3, 2021 at his home surrounded by his wife Rosie, son Murphy, daughter-in-law Erin and grandson Scotty.

Dan was born January 20, 1953, to the late Patty and George McCullough of Clarksburg. At age 19 he married the girl he had gone steady with since age 14, Rose Mary (Moore) Kane, on February 4, 1972. He graduated from Victory High School class of 1970, and he attended Fairmont State College.

Dan worked 38 years at Fourco Glass plant as an inspector and then was a day turn auditor until the plant closed.  After becoming a CNA, Dan worked 10 years at United Hospital Center as an Emergency Room Tech. He was a member of Herman Lodge A.F. & A.M. and a member of the Nemesis Temple of Shrine in Parkersburg for 35 years.

Dan and Rosie spent some of their best moments together canning peppers, pickles, and making Galette cookies. He spent countless hours practicing with his son Murphy and reaped the benefit of having awesome memories of watching him play sports and having fun traveling with Ammon and Nate Gladwell. Dan enjoyed many years of season tickets to WVU football games while tailgating in the gravel blue lot with family and friends. He took numerous vacations to Florida with his parents, Kelly, Diana, Dr. David and Becky Swartz, Linda Ellis, Angela Fittro, Theresa, Valerie, and Travis Nestor, Pete Myers, Chris, Stephanie, Gillian and Kristen Ordway, Michael Stumpo, Thomas Lee, Jeremy Brown, and Justin Brown.

Dan enjoyed worshipping God during their membership at the Jewel City Church, Maulsby Cove Shinnston, led by Pastor Robert Shingleton.  There he was saved by God and baptized the same day as Kelly. He enjoyed Bible Study with the Joy Class (just older youth) obtaining knowledge about our Lord and Savior. Many times, he was kitchen help during church dinners.  Along with his wife Rosie, Dan helped organized spaghetti dinners for several mission Haiti trips for local nurses to help purchase medication and purchase water wells. He volunteered for the medical tent during the 10k race and never missed a year of serving beside his wife. His greatest joy in his life however was being “dad” to Murphy and “pop” to his grandson Scotty.

Special thanks to the staff at Amos Carvelli Funeral Home.

Dan requested a card be sent to his family at 349 Jewel City Blvd, Meadowbrook, WV 26404, with a written memory, good or bad, happy, or sad, of him sent to Rosie, Murphy, or grandson Scotty.

In lieu of flowers, the family requests memorial contributions to the Animal Shelter of your choice.

In keeping with his wishes, Mr. Kane will be cremated.  A service of Amos Carvelli Funeral Home.