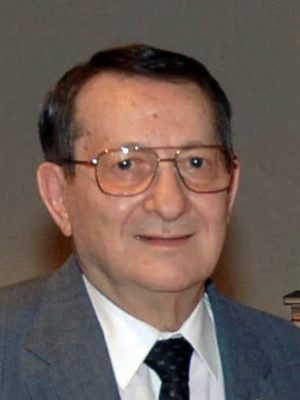 Expressions of sympathy may be extended to the family at www.amoscarvelli.com. A service of Amos Carvelli Funeral Home, 201 Edison Street, Nutter Fort WV 26301,

Fortunato John Barberio Jr., 94, of Clarksburg, WV, passed away on January 13, 2021, at his home surrounded by his loving family.

He was born on March 4, 1926, in the North View neighborhood of Clarksburg, the son of the late Fortunato and Maria (Lopetrone) Barberio.

He was married 66 years to the love of his life, Genevieve Patricia (Malley) Barberio, who preceded him in death on November 25, 2014.

Mr. Barberio was a 1943 graduate of Victory High School. He was a member of the U.S. Marines and entered service on April 27, 1944 and served during World War II in the Asiatic-Pacific Campaign in both Japan and China. During his military career he was awarded the Bronze Star Medal, the World War II Victory Medal and the Asiatic-Pacific Campaign Medal. After returning from the Military, he attended and graduated from West Virginia Business College, where he was elected to the Who’s Who in American Business Colleges in West Virginia.

Mr. Barberio retired in August of 1989 from the Department of Veterans Affairs, Louis A. Johnson VA Medical Center, where he was employed as the Director of Maintenance and Voluntary Services. While at the VA, an important vision that he made a reality was the Avenue of the Flags that line the entrance to the Medical Center, which has been and will be admired for years to come.
In 1957, he worked with a dear North View friend, Mike Angiulli and organized a small group who established the North View Athletic Club which gave the beginning to Little League Baseball in North View. He worked tirelessly with friends when he knew the community needed help. For 19 years, he served as a member of the Clarksburg Planning and Zoning Commission, and later was recognized by the City of Clarksburg as a dedicated and outstanding leader in the community.

He was a member of St. James Catholic Church in Clarksburg where he was a devout Catholic and member of the St. James CYC men’s organization. He worked on numerous fundraisers for the parish, taking responsibility for many bingo nights, as well as working with the men in the parish to help build the parish rectory.

Beloved by his children and grandchildren, “Dad” and “Grandpa” loved the important and proud tradition of the Italian family dinners every Sunday, as well as gathering for frequent cookouts in the summer on his beautiful deck. On these occasions, he was the go-to source when we needed to smile and hear old family stories or war stories, especially about his adventures in China, which showed his true sense of humor. The love and laughter was plentiful and he was so full of fun and wisdom, we never wanted the day to end. Before the grandchildren would leave his home, he always told them how proud he was of all of them for the wonderful adults they had become – he would say to his sons, “I am so proud that you raised good kids”. He clearly valued family above all things. He lived his entire life as a gracious, kind and loving man with a gentle spirit full of love, dignity, patience, and especially peace, which he always strived to instill in his whole family.

Memorial donations can be made in Mr. Barberio’s name to: Saint James The Apostle Catholic Church, 2107 Pride Avenue, Clarksburg, WV 26301.

A memorial service will be announced at a later date.

Expressions of sympathy may be extended to the family at www.amoscarvelli.com. A service of Amos Carvelli Funeral Home, 201 Edison Street, Nutter Fort WV 26301,