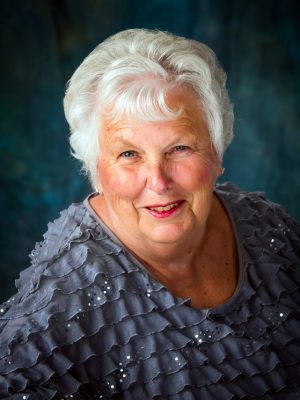 Family and friends may call at the Amos Carvelli Funeral Home, 201 Edison Street, Nutter Fort on Wednesday, December 15, 2021, from 10:00 am to 2:00 pm, where funeral services will be held at 2:00 pm with Reverend Richard Settles officiating. Interment will be in the Stonewall Park Cemetery.

Mildred Irene Kapis Grover Bennington of Washington, PA, formerly of Stonewood passed away on Sunday, December 12, 2021, in Washington PA after a brief but courageous battle with colon cancer. Made whole and free from pain, she considered herself 80 years blessed.

She was born on September 27, 1941, a daughter of the late Kazimier Arthur (Art) and Dorothy Jane Matteson Kapis.

She is survived by children, Rhonda Kaye Grover-Reed and her husband William C. “Bill” Reed, Jr. of Clarksburg, WV and Vickie Lynn Grover of Washington, who was honored to be her mother’s caregiver in her final weeks of life; three grandchildren, William “Scott” Reed, Seth Patrick Reed, and Sarah Grace Reed-Roach and her husband Tre, all of Clarksburg; her siblings, Myrtle Kapis Liberatore of Canonsburg, PA and Kazimier Arthur (Artie) Kapis, Jr. and his wife Pam of Jane Lew; and several nieces, nephews and cousins, including one special cousin, Stanley “Stush” Horency of Washington, PA with whom she was particularly close.

Mildred enjoyed her fur-babies. She adopted a rescue named “Abby” in 2011, who preceded her in death just three days prior to her own. She leaves behind “Barney”, a beloved border collie.

She was also preceded in death by one sister, Dorothy Jane Kapis-Pritts on July 12, 2001.

Mildred was a 1959 graduate of Wash High School in Washington, PA. During the time she lived in West Virginia, she was a member of the Stonewood Lions Club and attended the Stonewall United Methodist Church on Cost Avenue, where she taught Sunday school and Vacation Bible School for many years. She later attended Congregational Missionary Church. She was raised Catholic and upon returning to her hometown in 1997, she returned her membership to Holy Trinity Polish National Catholic Church where she enjoyed participating in the church fish fry fundraiser every spring.

Mildred was a stay-at-home mom until her daughters reached school age. She was then employed as a secretary with Clarksburg Casket Company. She later became a teacher’s aide with the Harrison County Board of Education and took college coursework to become a paraprofessional. She served as the service personnel to the LSIC for Washington Irving High School, and specifically on the committee to select the school colors and mascot for Robert C. Byrd High School from where she retired in 1997.

She was a lifetime member of the Roosevelt Wilson, Washington Irving, Kelley Miller, RCB Alumni and Friends Foundation. She loved all things Pittsburgh, and her all-time favorite Steeler was Hines Ward. Mildred never missed an episode of General Hospital and she loved scratch-off lottery tickets.

Mildred adored her grandchildren. She never missed a soccer match or dance recital. She traveled with them on their band trips and thoroughly enjoyed her retirement years being part of every aspect of their activities. She and her Scott enjoyed going to Heinz Field to watch the Steelers play. She and Seth loved the Pittsburgh Pirates and she loved teaching him to cook. And she was Sarah Grace’s biggest fan, always organizing her costumes and carrying her dance bags to parades and shows.

Family and friends may call at the Amos Carvelli Funeral Home, 201 Edison Street, Nutter Fort on Wednesday, December 15, 2021, from 10:00 am to 2:00 pm, where funeral services will be held at 2:00 pm with Reverend Richard Settles officiating. Interment will be in the Stonewall Park Cemetery.

In lieu of flowers, the family requests that memorial contributions be made to the Harrison County Humane Society, 2450 Saltwell Road, Shinnston, WV 26431.