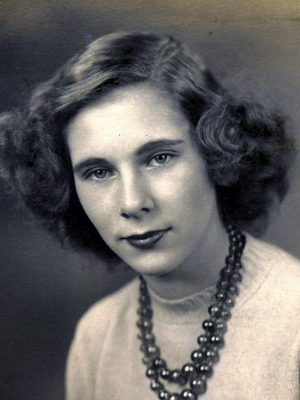 There will be a private service held for Jeanie and interment will take place in the Greenlawn Memorial Park Cemetery.

She was born in Clarksburg, WV on April 5, 1930, a daughter of the late Ernest and Nina Mae “Sallie” Collins Rolland.

In addition to her parents she was preceded in death by her husband, Robert Glenn Sullivan who passed on March 16, 2011.

She was preceded in death by her son, Joffre Rolland Sullivan; 2 brothers, Joffre and Junior Rolland; and sister Marie Colvin.

Jeanie was a graduate of Victory High School, Class of 1947. She attended Davis & Elkins College, Salem College, where she received her degree in Business, and West Virginia University, where she received her master’s degree in guidance and counseling. She was employed at Rolland Glass Company in the accounting division during and after college. She was a teacher and counselor at Notre Dame High School from 1964-1971, Roosevelt Wilson High School from 1972-1980 and Notre Dame High School for Girls in San Jose, CA from 1982-1984. Upon returning to her home state she resumed her work for Notre Dame High School. She arranged for many scholarships not only for students at the school she was working for but for various schools. She enjoyed attending high school sporting events and WVU football and basketball games.

She was an avid reader. Most of all, she loved her family. She raised 5 children and fostered 3 sisters separately throughout their high school years. She was happiest when having her family over for meals and was most famous for her homemade noodles.

There will be a private service held for Jeanie and interment will take place in the Greenlawn Memorial Park Cemetery.