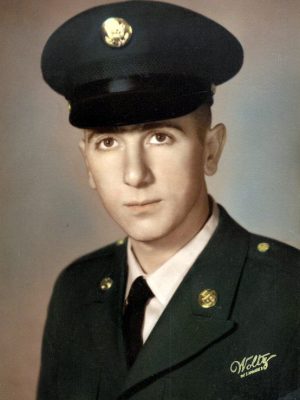 Duke, as he was affectionately known, was born in Clarksburg on August 19, 1944, a son of the late Sam and Minnie Nery D’Anselmi.

He was also preceded in death by his life-long companion of 42 years, Wanda Ellen Conley; two sisters, Lucille D’Anselmi Lopez and Carolyn D’Anselmi Corely; three brothers, Karl, Dave and Lawrence D’Anselmi; and several nieces and nephews.
Surviving is his brother, Harry “Bud” D’Anselmi and his wife LeLeua of Sun Valley; three step-children, Ginger Conley and John Alan Conley, both of Clarksburg and Lisa A. Losh of Salem; and several nieces and nephews.

Duke was a United States Army Veteran having served as a crane operator in Germany. He worked at Pittsburgh Plate Glass until it’s closing in 1974 and also as a truck driver for Bell Mining. Duke was the co-owner of D & D Recycling for over 20 years.