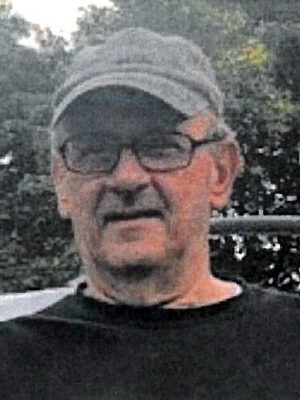 On Sunday, October 24, the life of Edward Raymond Phillips, of Muttontown, came full-circle. He was surrounded by those he loved and who loved him and will miss him dearly.

Ray was born on June 6, 1947 in Clarksburg, WV, the son of the late George Edward Phillips and Marbia Jean Westfall of Stonewood, WV.

He attended Norwood Grade School, was a graduate of Roosevelt Wilson High School, class of 1965, and earned a Bachelor of Science degree from West Virginia Institute of Technology, class of 1973, following service to his country in the US Army.

He was proceeded in death by his grandparents Joseph “Joe” and Cassie Phillips of Stonewood, and his brother-in-law George Edward Morrison Jr. of Muttontown.

He is survived by his wife of nearly 50 years, Irma Morrison Phillips and their two children, Heather Lynn Marshall and husband Jeff of West Milford and Edward Raymond Phillips II and wife Anita of Loudon, TN, and his brother Gary Wayne Phillips and wife Chula of Vancouver, WA. Also surviving are his grandchildren Olivia and Riley Marshall, Holden Phillips, Brandon Larkin and wife Meredith of Johnson City, TN, Kaylee Masters and husband Adam of Brevard, NC, and great-grandchildren Violet Masters and Vaughn Larkin. He also leaves behind his nephew and neighbor Trey Morrison and wife Tara of Muttontown and their son, his little buddy, Geordie, along with many special nieces, nephews, cousins, and friends.

He worked at a variety of jobs, eventually retiring from Consolidated Coal’s Robinson Run mining operation in 2009.

He filled the days of his retirement spending time with his grandchildren, traveling to Loudon, Tennessee, and watching for birds and squirrels from his back porch. Known as Rayven to many, he was a talented craftsmen and avid appreciator of nature. He was a straight shooter and didn’t suffer fools lightly. Ray had a quick wit and perceptive sense of humor. He was generous to a fault with his time in helping others get things done. He was a lover of life and dedicated himself to being a great father, husband, and pappy to his beloved grandchildren.