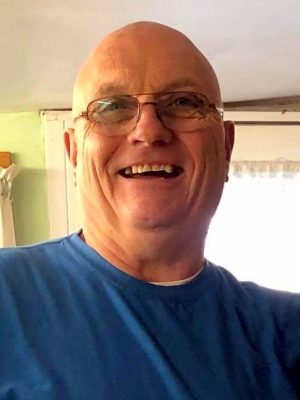 In keeping with his wishes, Donnie will be cremated. A Celebration of Life will be announced at a later date.

He was born in Clarksburg on September 8, 1952, a son of the late Don H. and Julia B. Bakke Codling.

Also surviving are one son, Justin Codling and his fiancé April of Charleston; two daughters, Jaclyn Codling and her companion Megan Mounts of Huntington, and Jennifer Metheny of Bridgeport; two grandchildren, Justin and Julia Metheny; one step-son, Bryan Lewis and his companion Melissa Duncan of Ohio; two step-grandchildren, Solara Lewis and Raimey Duncan; several nieces and nephews; and his in-laws.

He was also preceded in death by one brother, Dennis Codling; and his best fur-friend Kobe.

Donnie was a 1970 graduate of Bridgeport High School and a United States Air Force Veteran. He attended Electronics school in Charleston and was a driver for various beverage companies for over 20 years, having retired from Coca-Cola in 2014. Donnie loved watching and coaching sports.

In keeping with his wishes, Donnie will be cremated. A Celebration of Life will be announced at a later date.

In lieu of flowers, the family requests that memorial contributions be made to the Harrison County Humane Society, 2450 Saltwell Road, Shinnston WV 26431.