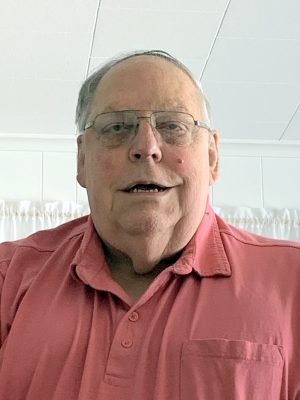 A socially distanced outdoor memorial service will be held on Saturday, August 29, 2020 at 10:00 am in the Floral Hills Memorial Gardens with Reverend Dr. Michael Hopkins officiating. Expressions of sympathy may be extended to the family at www.amoscarvelli.com. A service of Amos Carvelli Funeral Home.

Dale was born in Clarksburg WV. He spent his youth in East View WV and other than the four years spent at the Illinois College of Optometry, lived his entire life in the state that he loved.

Dale, in what he called his best decision EVER, married the former Barbara Rosati in January 1963 and together they raised three children: Beth, David and Douglas. Dr. Palmer opened his optometric practice in Nutter Fort WV in 1968, added a practice in Phillipi, WV and was in private practice until leaving in 1993 to practice at the Louis A Johnson Veterans Administration Hospital in Clarksburg where he retired in 2005. He gave back to his profession by holding numerous leadership positions and ultimately served as President of the West Virginia State Optometric Association. Dr Palmer was a fierce and vocal advocate for optometrists, and he was instrumental in obtaining therapeutic writing privileges for optometrists, the first such law in the country. Dale spent many a day golfing, fishing, cooking and traveling. He liked to visit his daughter Beth in AZ (although he said it wasn’t green enough for him to stay very long), took many golfing trips with his son Douglas and cruised through Alaska with his son David. He was many things to many people: husband, father, Pepaw, uncle, firefighter, civic leader, church leader, civil war buff and faithful friend. In every role he had Dale was interested in learning new things and he continued to use Google to research any topic that caught his attention. He was famous for his stories, dispensing advice over breakfast and the way he made whomever he was talking to feel like the most important person in the room.

He was preceded in death by his parents Carroll and Jane Palmer, his sister Emilene, and his brother Louis. He is survived by his wife Barbara, children Beth Leeder (Steve), David and Douglas (Tonya), his sister Janet Smith, grandchildren Samantha, Christopher and Lindsey, great-granddaughter Callie. He was a father figure and role model for his many nephews and nieces as well.

In keeping with his wishes, Dr. Palmer will be cremated.

A socially distanced outdoor memorial service will be held on Saturday, August 29, 2020 at 10:00 am in the Floral Hills Memorial Gardens with Reverend Dr. Michael Hopkins officiating. In lieu of flowers, the family ask that memorial donations be made out to the Nutter Fort Public Library, 1300 Buckhannon Pike, Nutter Fort, WV 26301.