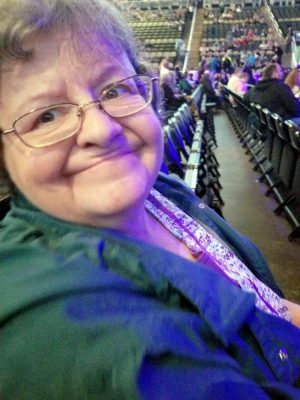 In keeping with her wishes, Mrs. Myers will be cremated. A memorial service will be hosted by the family at a date to be announced.

Mary Cossabone Myers, 66, of Stonewood, WV, passed away on Saturday, June 5, 2021 at the Salem Genesis Center.

Mary was born in Clarksburg, WV on September 8, 1954, a daughter of the late Edward Austin and Mary Margaret Maybury Cossabone.

She was preceded in death by her husband, Larry Lee Myers, who she married on May 11, 1973.

Mary is survived by her children, Jason Myers and wife Jerri Lin of Clarksburg, and Janet Myers of Stonewood; two grandchildren, Heather Tenney and husband Cory and Stephanie Myers; three great-grandchildren, Beau and Jace Tenney, and Bella Lourae Abigail; brother, Mike Cossabone and wife Betty of Salem; Becky Tolson, who was like a second daughter, and her husband Steven of Elkins; and Steve Fragmin, Gary Burge and Dave Pellegrin, who referred to her as their “other mother.”

Also preceding her in death is her brother, David Cossabone, and an infant brother, George Cossabone.

Mrs. Myers was a graduate of Notre Dame High School Class of 1972. She was a waitress for the Bluebird and various restaurants. She loved country music with “Alabama” being her favorite band. She attended Clarksburg First Church of the Nazarene.

In keeping with her wishes, Mrs. Myers will be cremated. A memorial service will be hosted by the family at a date to be announced.