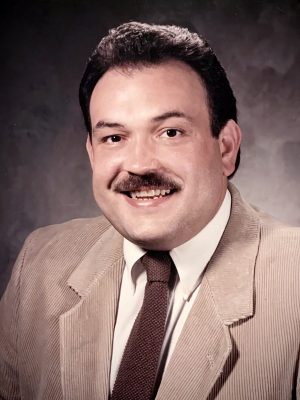 A private mass will be Celebrated.

Michael Randy Barnes, 64, of Clarksburg passed away on Wednesday, July 29, 2020 in the United Hospital Center.

He was born in Clarksburg on August 11, 1955, a son of the late Robert M. and Josephine Barberio Barnes.

He is survived by his wife, Elizabeth “Bets” DeMuth Barnes, whom he married on October 26, 1985.

Mr. Barnes was a retired LPN II at United Hospital Center and a member of the Knights of Columbus. He was also a member of Our Lady of Perpetual Help Catholic Church, where he was an Usher and a Eucharist Minister.

Randy’s legacy will long be felt through the love he displayed to all that knew him. Randy found his way to your heart through the universal language of food and laughter. His meals were legendary, and his humor regaled. Church and family were his priorities and on full display in his loving service of both. His faith sustained him well and the enduring light of that faith will guide those left longing for him.

A private mass will be Celebrated.

In lieu of flowers, the family requests that memorial contributions be made to repair the Bell Tower at Our Lady of Perpetual Help Church, 8092 S. 3rd Street, Stonewood, WV 26301.