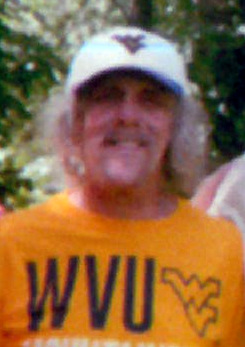 Randall Wayne Bosley, 70 of Buckhannon went home to be with the Lord on March 8, 2018 and went to Heaven in his sleep.

Randy loved and cherished his son, daughter-in-law and grandsons.

He was a retired glass foreman from the former AFG Industries, Jerry Run Division.  Most recently he was a dedicated volunteer at Salvation Army in Buckhannon and was their right-hand man working alongside Director Sharla Smith in which they were dear close friends.  He was involved in all operations of the store, made angel tree/red kettle runs and was a fixture and friend to so many.  He was also a member of Salvation Army’s Adult Spelling Bee team soon to compete in Buckhannon.  He was a star baseball athlete playing at Philip Barbour High School, Alderson Broaddus College, Clarksburg American Legion Post 13 and regional semi-pro baseball.  He played many positions and was an accomplished pitcher. He coached youth, little league and Babe Ruth baseball teams for several years and umpired in all these leagues. He loved the West Virginia Mountaineers and all sports.  He enjoyed walking, gardening, being outdoors, working crossword puzzles, telling jokes and loved cats.  He was member of Buckhannon 8/9 Ball pool billiards league and was soon to compete in state tournament.  In 1958, he received wonderful care and survived major surgery in Pittsburgh Children’s Hospital in which the family is very grateful for the care he received.

He was preceded in death by his parents, Randall Knox Bosley and Bonnie Delores Lowery both of which he was reunited with in Heaven.

He is survived by his son Randall Bruce Bosley (Angela) and grandsons Randall “Josiah” (graduating May 2018 from West Virginia Wesleyan College) and Jonathan “Isaiah” all of Charleston (Cross Lanes), first cousin Sandy Crutchfield of Huntington and many cousins and extended family in north central West Virginia.  Randy also had many great memories with his girlfriend Mary Ann Floden of Buckhannon and her cat, Inky.

In keeping with his wishes, Randy was cremated.  He requested to have some of his ashes spread across his two favorite baseball fields.