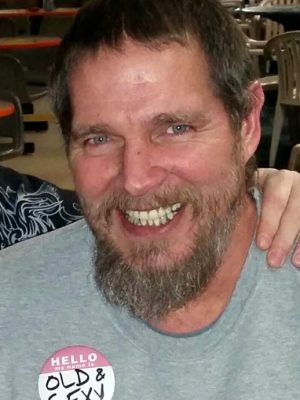 Family and friends may call to the Amos Carvelli Funeral Home on Thursday, December 16, 2021 from 11:00am to 1:00pm where a funeral service will be held for Steve at 1:00pm. Interment will follow in the Sunset Memorial Park.

Steve was born in McKeesport, PA on April 27, 1962 a son of the late Robert and Nancy Lou Richards Gall.

He is survived by his beloved wife, Michele Finley who resides at their home in Clarksburg.

In addition, Steve is survived by his four children whom he treasured, including one son, Stephen Nathaniel “Nate” Gall and his significant other Lauren of Buckhannon; and three daughters, Courtney Rae Lowther and husband Jake of French Creek, Alexis “Lexi” Ball of Clarksburg, and Mikayla “Mac” Gall of Clarksburg; five grandchildren whom he adored, Xander, Chase, Hunter, Georgia, and Wyatt; one sister, Raelynn Michael and husband Tim of West Milford; two brothers, Rob Gall and wife Cindy of West Milford, and Ed Gall and wife Dianne of West Milford; his life-long best friend, Ray Cantrell; and several nieces and nephews.

Steve is preceded in death by the mother of his son Stephen and daughter Courtney, Vicki Lea Moneypenny Gall.

Steve was a handyman by trade. He enjoyed hunting, fishing, golfing, drinking Bud Light Redeyes, and spending time with his family and friends. He was funny, competitive, and an all-around joy to be around. To his family, Steve was the strongest man they’ve ever met and he would do anything for those he loved. To his grandkids he was the best G around.

Family and friends may call to the Amos Carvelli Funeral Home on Thursday, December 16, 2021 from 11:00am to 1:00pm where a funeral service will be held for Steve at 1:00pm. Interment will follow in the Sunset Memorial Park.

In lieu of flowers, the family asks that anyone who attends the visitation please bring a written memory that you’ve had with Steve or write one down on the cards provided by the funeral home and place it in the designated box for the family to read.