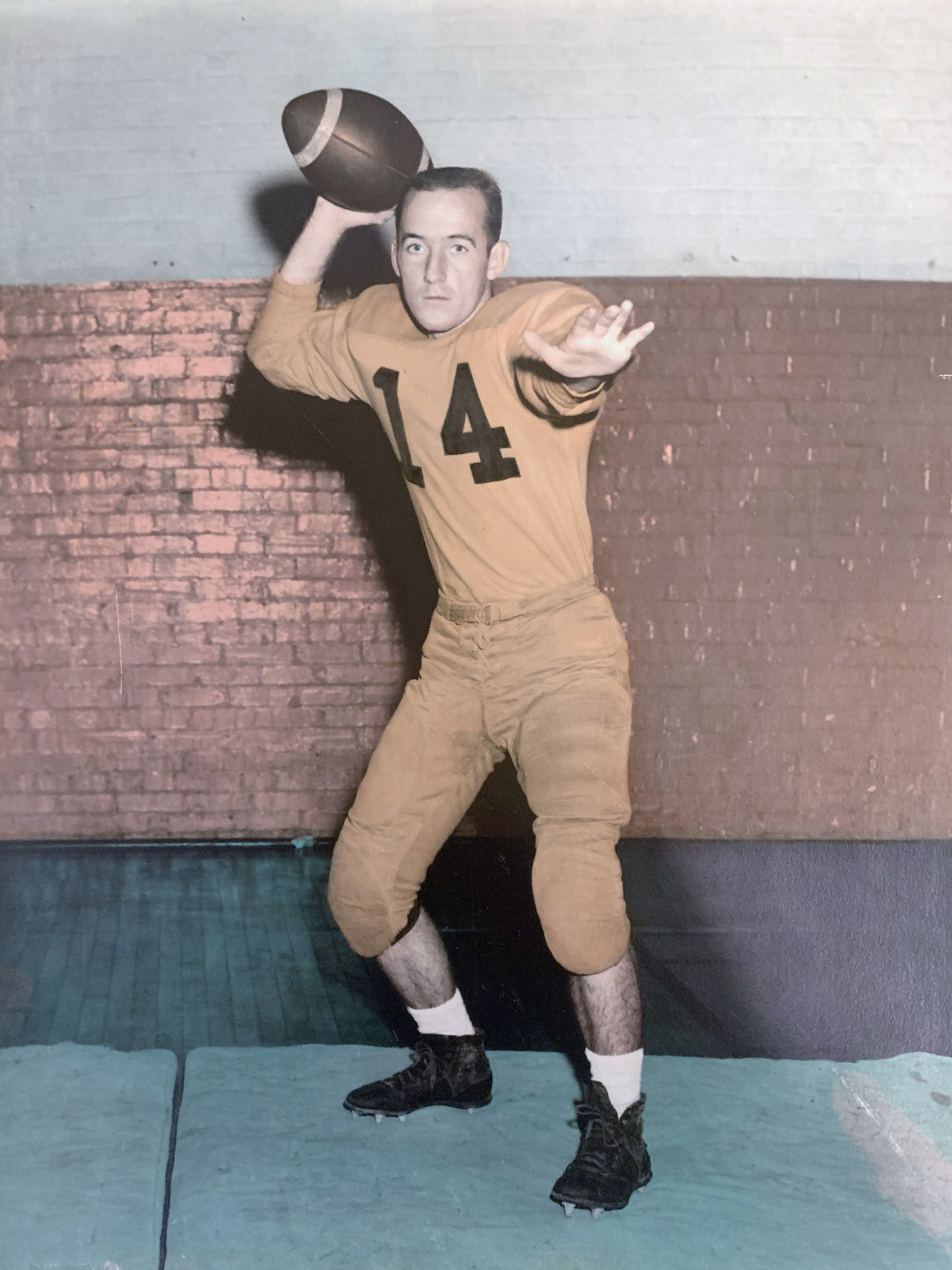 There will be a private graveside service at Greenlawn Memorial Park.

“And he always wanted to remind everyone about the time he ran 104 yards for a touchdown.”

Turtle was born on February 18, 1940, a son of the late Berlin Knight and Pauline Dotson Knight Townsend.

In addition to his parents he is preceded in death by his two brothers, Dale Knight and Gary “Hubba” Knight.

Turtle was a graduate of Victory High School Class of 1958 where he was a Junior All-American Quarterback from 1957-1958 as well as All-County in basketball and football. He was named Harrison County Athlete of the Year in 1957-1958. He went on to play football at Fairmont State College for one year. He stopped attending school to care for his father during his illness. He was a former employee of PPG Glass and Jerry Run Glass. He was a supervisor of the sign shop for West Virginia Department of Highways. He was a member of North View United Methodist Church. He loved his family dearly and would express that to them daily. He had a heart of gold, especially regarding his grandchildren.

The family of Mr. Knight would like to express their sincere gratitude to Debbie with the Harrison County Senior Citizen’s Center Lighthouse Program and to Kerrie and Bertie who were his caregivers.

There will be a private graveside service at Greenlawn Memorial Park.

“And he always wanted to remind everyone about the time he ran 104 yards for a touchdown.”