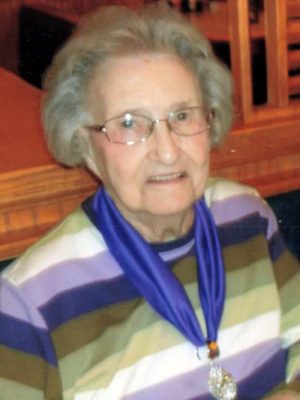 In keeping with her wishes, Mrs. Marsh will be cremated. A Celebration of Life will be held at a later date.

She was born in Clarksburg on August 31, 1925, a daughter of the late Cecil and Ethel Romage Johnston.

She was also preceded in death by one grandson, Brad Marsh; and one brother, Cecil “Mole” Johnston.

Mrs. Marsh was a 1943 graduate of Washington Irving High School where she was a cheerleader. She was formerly a Floral Designer for Weber’s Florist and also worked at Four Seasons Florist and Jeannie’s Floral Arrangements.

She enjoyed playing Bridge and Duplicate Bridge. Jeannie also loved playing golf and was a member of Sunny Croft Golf Club for over 70 years.

In keeping with her wishes, Mrs. Marsh will be cremated. A Celebration of Life will be held at a later date.