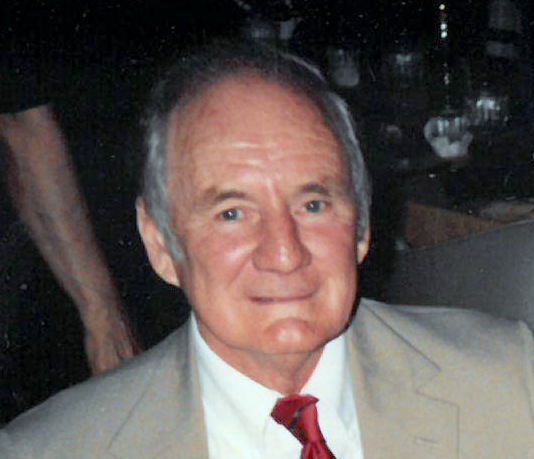 In keeping with John’s wishes, private services will be held.

John Wesley Harpold, Jr., 96, of Clarksburg passed away on Wednesday, October 2, 2019 at his residence.

He was born in Clarksburg on January 13, 1923, a son of the late John Wesley and Mary Cutright Harpold.

He was married to his high school sweetheart, Marian Ruth Reeves Harpold on June 13, 1942, who preceded him in death on March 5, 2015.

He is also preceded in death by one sister, Ruth Eleen Israel

John was a graduate of Washington Irving High School class of 1940 and was called to duty during WWII and served in the United States Army 66th Black Panthers Division.  He often spoke of crossing the English Channel the night of Christmas Eve December 24, 1944, and about the large number of soldiers that lost their lives that night.  After returning from Europe, John worked for Craig Motor Service. He was then called to duty for the Korean War, where again he served abroad before returning to Clarksburg.

John continued working in the automotive business before opening his own business doing automotive and general repair in Clarksburg. After 40 years, he and his wife retired in the 1990s and continued to enjoy their lives together, traveling with their antique 1923 Oldsmobile Opera Coupe to many car shows and with it winning their senior trophies for it’s presentation.

With the decline in Marian’s health, John and Marian retired from the antique auto shows.  John then became his wife’s primary caregiver during her long battle with Alzheimer’s before she passed away in March, 2015 after more than 70 years of marriage.

Special thanks to WVU Hospice and the doctors and nursing staff who cared for John at Ruby Memorial Hospital of Morgantown, and to Amos Carvelli Funeral Home for their services.

In keeping with John’s wishes, private services will be held.