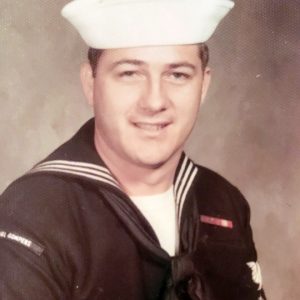 graveside inurnment will be held at a later date in the Brick Church Cemetery in Lost Creek, WV, where full military honors will be accorded.

Levi Jennings Calkins, 84, of West Milford, WV, passed away at his residence, Wednesday, November 16, 2022, with his adoring wife by his side,

Mr. Calkins was born on January 8, 1938, in Newberry, Michigan, a son of the late Ernie and Lalah Whalen Calkins.

He is survived by his wife Lois Williams Calkins, whom he wed on July 14, 1956. She resides at their home and will sadly miss her love and best friend.

He is also survived by his brother, Herman Calkins of MI; and several nieces and nephews.

Levi was a retired Navy Veteran. He also worked on the janitorial staff for Harrison County Schools. His enjoyment came from working in his garden, hunting and fishing. He and his wife were avid collectors of model cars, angels, and various collectables. He found joy in buying gifts for his wife.

In keeping with his wishes, Mr. Calkins will be cremated.

A graveside inurnment will be held at a later date in the Brick Church Cemetery in Lost Creek, WV, where full military honors will be accorded.

Expressions of sympathy may be extended to the family at www. Amoscarvelli.com A service of Amos Carvelli Funeral Home.